More Trans Than You 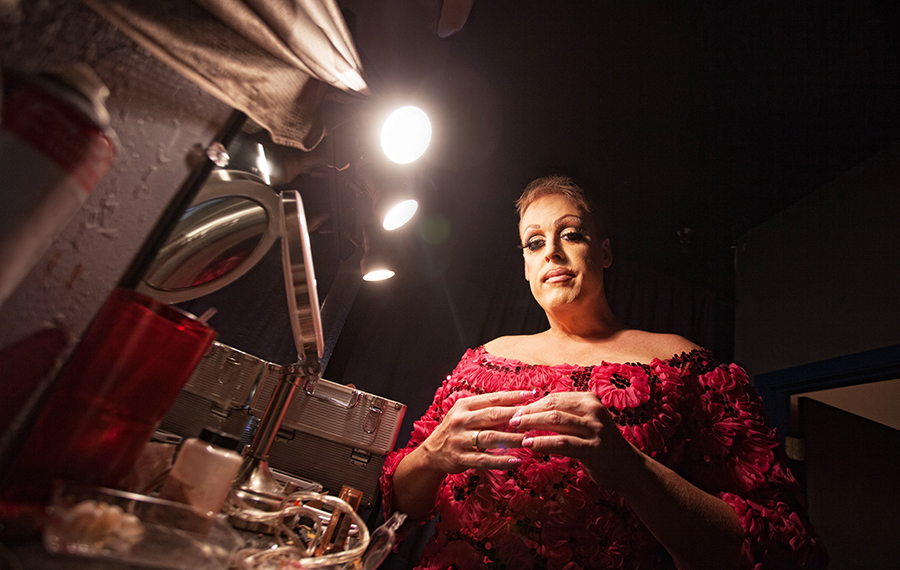 It doesn’t matter whether you identify as a transvestite, genderfluid, non-binary, or transsexual, we ? as trans ? are in the same corner, fighting for acceptance, validation and equality. We’re still seen as fair game for mockery long after jokes at the expense of gay and fat people have been deemed unacceptable in polite company. Most of us have experienced a friend trapping us by pointing to a pic of a hot girl and asking ‘would you shag her?’ and, when we answer in the affirmative, hit us with the ‘hilarious’ zinger: ‘hahaha, that’s a man! You’re gay!’

If you’re a crossdresser then you’re less-of-a-man and a figure of ridicule ? hence the utter terror at being outed and the plethora of faceless profile pics on tranny sites ? and if you’re transsexual then you’re a freak, mentally ill, or, in the eyes of ‘you can have my gun when you prise it from my cold dead hand’ paid-up members of the NRA, cheerleaders and the first-wave offensive of Satan’s impending takeover of the world. And God help you if you’re genderfluid or non-binary ? because at least those pesky transsexuals have made up their mind as to what they are and don’t blur the lines with some kind of two-fingered salute to society.

However, things have taken a more sinister turn of late. Laughter, jokes and jibes have given way to more hostile actions. Trans murders are on the increase across multiple countries, even in those like Brazil and the Philippines where transsexualism is embedded in the societal fabric, and over in the Land of the Free, not only is there a concerted effort to deny trans the right to use the bathroom of their choice, not only are several states suing the US government for imposing equality for trans, and not only are hospitals denying emergency medical treatment for transsexuals, but the new administration is stripping trans rights faster than the Millenium Falcon completes the Kessel run and defining ‘gender’ and ‘sex’ as being that into which we are physically born.

So it’s with dismay that the one constant amongst the ever-evolving trans-community is the ‘Trannier Than Thou’ attitude of placing other trans in a lower class and seeking to negate their right to be. I’m not talking about plain ol’ bitchery such as one TV ridiculing the lack of femininity of another ? my God, I’m amazing at that – I mean invalidating other types of trans. If you truly believe X isn’t trans but accept ‘each to their own’ then that’s fair enough and simply a matter of opinion devoid of hate but the Trannier Than Thous (TTTs) go one step further by slamming those who are a different kind of trans. it’s most often the go-to tool of the transsexual, with most venom being spat by those who’ve waved bye-bye to their boy bits. The target of their wrath is, ubiquitously, transvestites.

Go to any TS forum or FB group and you’ll scathing attack after scathing attack that make those gun-totin’, God-fearin’, America-lovin’, NRA types seem quite friendly in comparison. They mock crossdressers as playing ‘dress up’, of being perverts securing salacious satisfaction by slipping into satin and silk. I was the target myself when my before-and-after transformation pics were posted on Facebook. According to this particularly doolally trans (post-op, obviously), I was everything from a sissy to a pervert* to a drag queen. I wouldn’t mind but she could’ve squeezed ‘hot’ at least once into the mix.

Now I get it, I really do, they’ve struggled to be taken seriously by society, but what I don’t get is that the majority will have come through the transvestite ranks, crossdressing and seeking out others long before they pop the pills to womanhood, and so they’ll know more than anyone else in society that the vast majority of TVs are not perverts or playing ‘pretend’ for shits ‘n’ giggles. They’ll know the self-doubt, self-hate and stress they’ll have gone through to get to the point where they dare peer over the precipice and introduce themselves to the world as their female alter-ego. They’ll know that many, if not most, have struggled to internalise their feelings, predilections and desires as they wrangle with, and try and make sense of, their transgenderism. And they’ll know that they could enter a tranny bar, toss a sparkly stiletto and hit a ‘mere’ crossdresser who would have transitioned if it wasn’t for fear or family. Yet despite knowing all this, they still choose to paint transvestites as tricked-out testosterone-charged pantomime dames.

Another thing I don’t get is that they’ve spent all their trans-lives fighting for acceptance, equality and understanding; doing all they can ? including surgery – to blend in as a natural woman yet by basking in hectoring and lecturing ‘lesser’ trans they’re drawing attention to the fact that they’re trans! That’s akin to developing a top-secret spy plane that’s invisible to radar and cruises on the edge of the stratosphere at superspeeds so as to be unseen and uncatchable only to then paint it neon pink and have it trundle about at 300 feet. And yet another thing I don’t get is they’ve made the arduous journey from man to woman, faced the slings and arrows, learnt the hard way and would love to help others avoid the same mistakes yet are actively denying those in the position they once found themselves the benefit of their experience and wisdom.

In writing this article, another post-op trans ? India Willoughby ? has come out and insisted that only those who are undergoing or have completed transition should use women’s toilets. She dismisses anyone who hasn’t hung out with HRT as a ‘bloke in a dress’ who’s happy in their masculinity, suffering not one drop of gender dysphoria – which, by the way, has to be present in sufficient quantity to compel them to, in her words, ‘frock up’ and get out and interact with the world. And as is that’s not bad enough, she derides them further by saying they girl-it-up for just ‘half an hour’. She can’t even bring herself to acknowledge an evening being trans (let alone a weekend). Why? Because she wants to deny us as much validity as possible and she does that by allocating us as little time as trans as possible. Acknowledging it’s a life-long ever-present would be to recognise it’s not just a fantasy or a time-filler. I don’t disagree that there are trans who fit her schematic but she’s not making the distinction between them and, arguably, the majority of crossdressers. S’all just lies, damn lies and suspenders.

For all her noise that men in dresses don’t have a right to enter female-only spaces she was conspicuously quiet on the fact that the Manchester gay village ? the largest gay & trans hub in the country ? has men-in-dresses frequenting women’s loos all the time without fracas and many venues have shared facilities where the most distressing incident is finally getting a free cubicle when your bladder is about to burst, only to find the toilet seat’s been pissed on and there’s no bog roll left. Most of all, I wonder how vociferous India would’ve felt back in the days before estradiol entered her bloodstream. Answers on a postcard.

I have no problem whatsoever with India making distinction between the various trans or saying some types aren’t even trans (she’s as entitled to her opinion as the rest of us) and I certainly don’t buy into this ‘we’re all the same, nothing negative can be said about other trans, and we must all promote the same homogenised narrative’ but to dismiss transvestites as she does is to do them a grave disservice and simply shows the same lack of knowledge and understanding that she is complaining about herself. That’s pot calling the kettle ‘black arse!’

*That was a lucky guess about me being a pervert. 🙂

Born would like to thank Vicki Sixx for writing this article for us.

Above: Vick Sixx. Proud to be a Trans Woman.