How to Tell if You’re Transgender 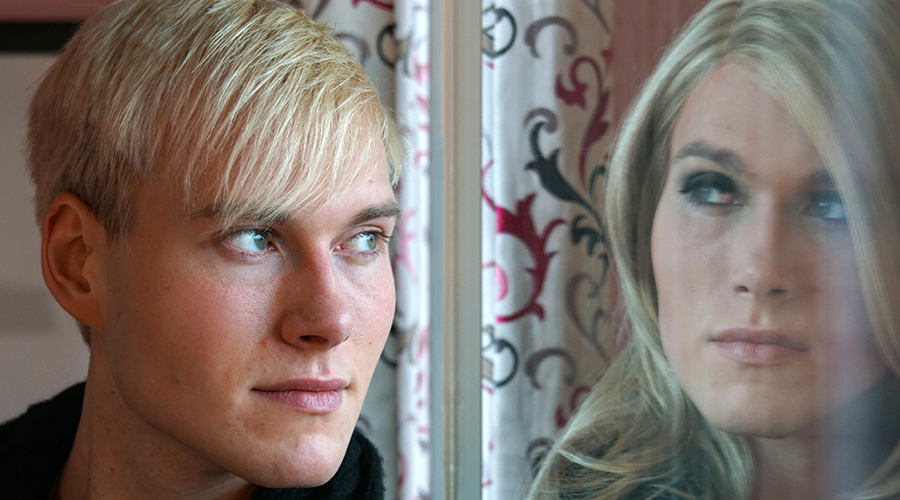 The trans-spectrum is vast, even in the world of the transvestite – let alone genderfluid, transgender and transsexual – the variety is endless: dressing for sexual kicks, to feel empowered, to be humiliated, to feel complete, to relieve stress, to feel desirable, for an adrenaline rush to list but a few.

But for many of us, there comes a point that we never expected, myself included – wondering if we are in fact transgender. All of a sudden all bets are off, the lines of reality begin to blur – our established reasons for dressing in the first place are put under the microscope – and we can’t find a definitive answer to what should be a simple question: am I transgender?

Of course it isn’t a simple question, that’s why the answer isn’t always clear cut. Gender dysphoria doesn’t follow a set template. Not everyone adheres to the stereotype of being trapped in the wrong body and in my opinion, everyone who has a calling to ‘femme up’ is driven by gender dysphoria to varying degrees. Some will be satisfied with dressing once a week whilst others need to live as females 24/7.

So here are my indicators that you are transgender. It’s not scientific, it’s just my personal view and which happened to be shared by other trans. It’s not to say that this list is definitive and I must point out that you really need to be saying ‘yes’ to the majority of the reasons listed in order to get an accurate analysis of whether you’re transgender or not and that any one indicator taken in isolation will have a wide margin of error and won’t be enough on which to form a solid conclusion.

Going out dressed
It’s a bit of a no-brainer, really, LOL. If you’re feeling the compulsion to dress like a normal woman and go out into the world – ie: not just masturbating at home in a pair of fishnet stockings and a Nazi helmet – then this is a strong indication that you are trans. You’re not driven by sexual impulse or a desire to be provocative and challenging. Whilst you may very well have a penchant for spicing up the bedroom as a sexy secretary of the Third Reich, your desire to be seen by society as a woman – to blend in, to assimilate – speaks volumes for how you want to be perceived. You’re projecting an image of the inner you.

Feels right to cross-dress
Yes, dressing can be very exciting. After all you’re doing something very taboo, something you’ve never done before, sliding on tight-fitting, luxuriously soft material and figure-hugging, sexy outfits that men just don’t get to wear. But if after that initial heady adrenaline rush (and it might take a few sessions to get past it) you feel calm – like you’ve found your inner Zen – then this is another strong indicator that you are trans. Gone is the titillation and thrill, instead there is a sense of ease and of coming home.

Aha!
Following on from how nice it feels to cross-dress is what I call the ‘aha!’ moment. This can come at any point but usually when you look at yourself in the mirror and after the shock at seeing a girl staring back at you has waned, you realise that something has clicked into place. You see your reflection and begin to feel that ‘this is right’, this is who you’re meant to be. At this point it doesn’t have to be overwhelming – it just has to be present. If the thought crosses your mind ? even if only as a question – then there’s an exceptionally strong chance that you are experiencing a paradigm shift and seeing the real you looking back at you.

Dysphoria
As I said before, gender dysphoria comes in many ways and is unique to the individual so I can’t go into too many specifics. Suffice it to say that if you have any sense of unease about your natural gender characteristics then you are highly likely to be gender dysphoric.

For example, you may feel uneasy about beard growth or have a burning desire for breasts. Whatever the issue, if you feel a disconnect with your sex-determined physical attributes, and if you look at girls with jealousy and envy, then your spidey-sense should be tingling off the charts!

So there you have it – a guide to figure out if you’re transgender. Like I said, it’s not scientific and there’s more than one way to come to the same conclusion but it should help you out of the maze you’re currently lost in. I appreciate that any one of these reasons aren’t necessarily indicative either way but when combined with the rest, as a majority, they form an overwhelming and compelling argument.

Born would like to thank Vicki Sixx for writing this great article for us.

Above: Vick Sixx. Proud to be a Trans Woman.